Why Sustainability Is Not Just Another Buzz Word

As we wake up to the sound of birds in the trees and crashing waves on our shores, we can easily take for granted what nature provides us with. At Cloud Assess we care about the environment and in creating  sustainability, both through our product and the actions we take.

Last year our customers reached the milestone of saving 1 million KGs of paper. We calculated this to be a saving of 16,000 trees, 7,360,000 KG of CO2 emissions and 24,400,000 L of water. The outcomes of using Cloud Assess are , not only in creating sustainability in training and assessment processes for your but also in doing your part to slow the effects of climate change.

As part of our quest as a business, we wanted to act further. We have participated in numerous ride to work days and have coined the, “Think before you print”, moto by using apps and technology to connect our day to day work, rather than printing paper documents. We wanted to do more and decided that we should sponsor a charity who shared our passion and who could take it further than our office space. 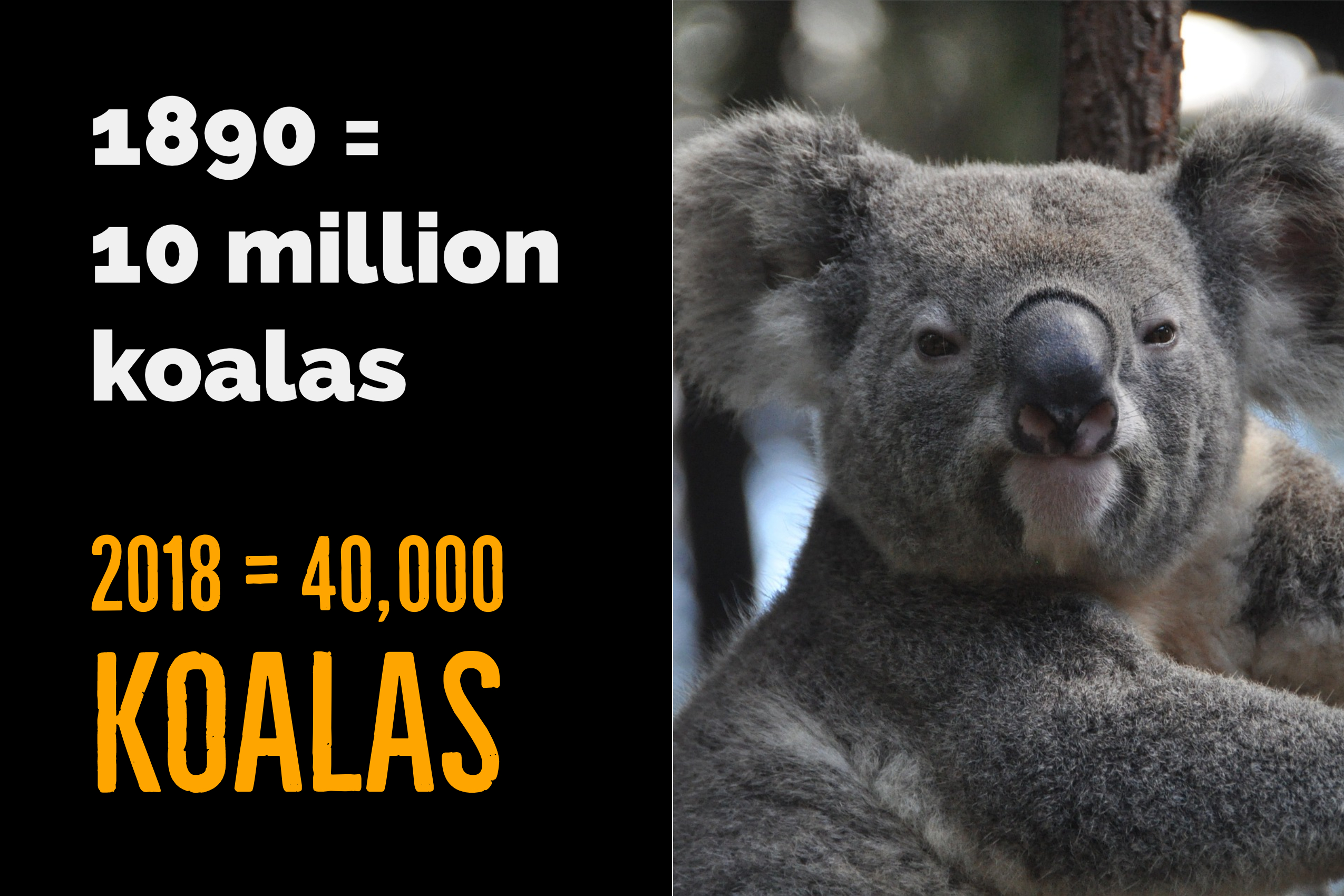 The AKF is a local registered charity that has been working to make a safer place for the Koala since the 1980s. If you weren’t aware already, the amazing, loveable, national icons of Australia are under huge threat. This unique marsupial, that has been around for millions of years is rapidly vanishing. At it was thought that a disease was causing them to die out (as it is said that in 1890 there were roughly 10 million Koalas in existence). After extensive research and with numbers of Koalas diminishing to as low as 43,000, specialists realised it was the vast amounts of habitat destruction that was causing their decline. 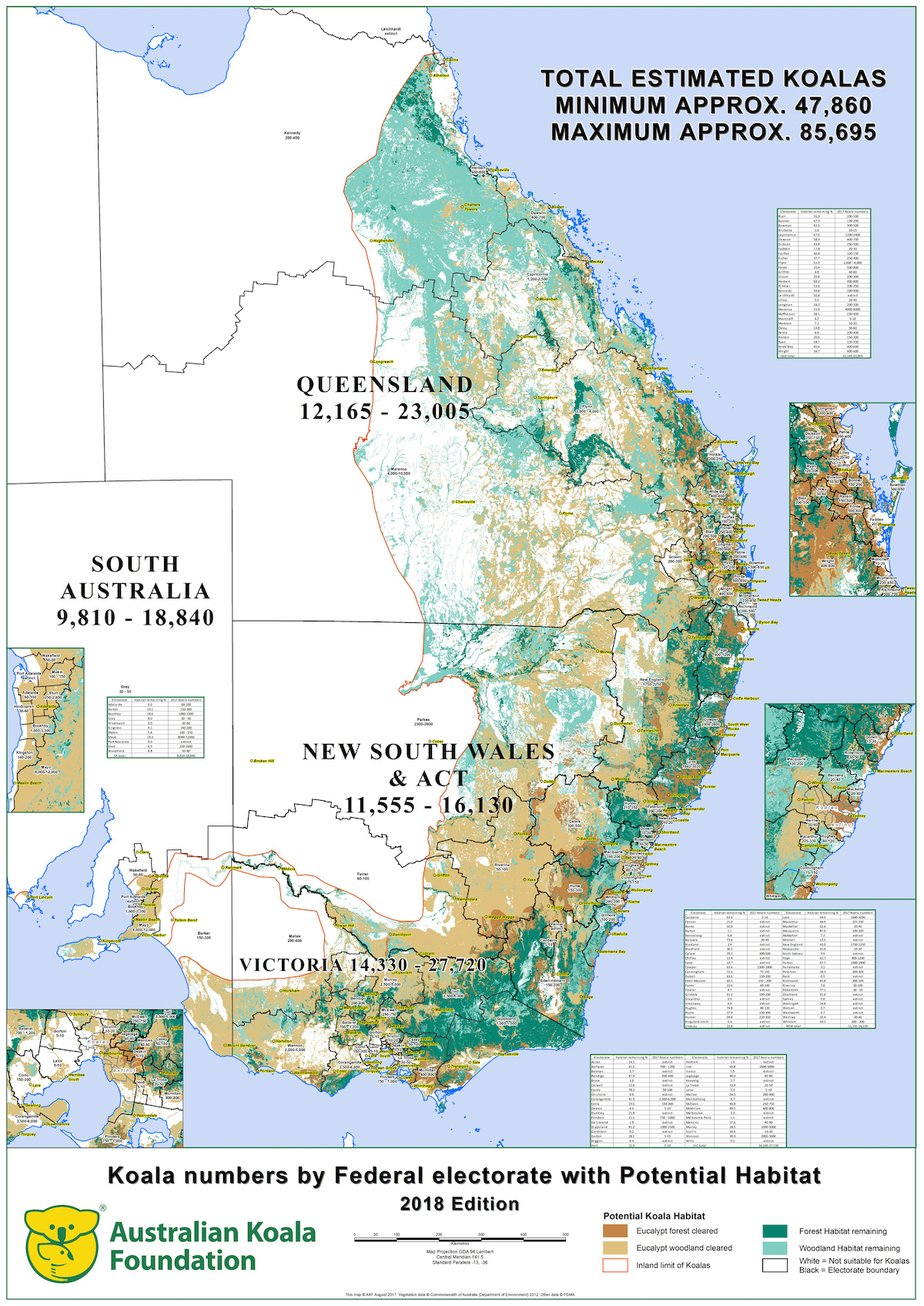 Koalas’ habitat is not diverse as they require specific flora to consume in order to survive. They need forests with connectivity from tree to tree in order to keep them safe and off the ground. The map below shows that they primarily live along the East Coast of Australia, including the ACT, with little sign of them in Western Australia (even though fossils show they did exist there once). The map has been created by the AKF through many years of scientific analysis of the soil through to the input from members of the public who register their sightings here. The map also shows the loss of habitat and is a warning sign for humans to think about the effects of climate change and deforestation on these creatures.

The threat of climate change on Koala habitat

Studies are emerging now in relation to the direct effects of climate change on the environment. A recent report has indicated how climate change can also be a huge threat to these marsupials. In the next 50 almost 15% of  forest could be ruined by salt water from rising tides and floods. This will wipe out even more potential food source for these poor animals.

For these reasons, The AKF have made it their mission to address the loss of habitat and reverse it.
Since 2012 Koalas have been listed as a “Vulnerable Species” in New South Wales and Queensland. Since then, their numbers have fallen further. It is the AKF’s view that there needs to be a Koala Protection Act to effectively and/or consistently protect the Koala habitat anywhere within Australia. This is their cause and we want to help them as best we can.

At Cloud Assess we’re taking part in a range of initiatives like to work, making wise food choices based on low CO2 emissions, no plastic bottles to work, wherever possible and reducing our use of paper. In addition, Cloud Assess is a proud sponsor of the Australian Koala Foundation www.savethekoala.com

What can you do?

If you live in or around Koala populated areas you can adopt the following actions:

If you want to do more but don’t have the means to do, get in touch with the AKF who are set up to help our Australian icons!

We’re excited for our donation to be going to such a great cause next year. Stay tuned for our visit to the AKF.
If you would like to donate or adopt a Koala, click on either button below.

Looking to streamline your training & assessment?

Cloud Assess helps thousands of people to achieve excellent outcomes with less effort. Find out how by booking a quick chat today

Book a Quick ChatNo, thanks